The idea for the library mini-park began to take root in 1975 after the Turner Hall was destroyed. Turner Hall began construction in 1889 and served as the home of the German gymnastic Turner Society until the group was dissolved.

The mini-park project was organized as a 1976 Earth Day project by several local civic organzations. April 13, 1976 was the offical ground breaking cermony. The cupola from the Turner hall building had been purchased, restored and placed in the mini-park that year. Trees, a rose garden, and a brick walkway were installed through volunteer labor. Wood benches were placed in the park.

In 1982 a small replica of the Turner Hall building built by a local carpenter was installed in the mini park as well.

The mini-park went through a number of landscape changes due to the library's expanision, but its overall usefulness and design has remained the same. The replica Turner Hall and Cupola were restored in 2019 and 2020 thanks to the efforts of Mr. Mentzer. New red metal benches have replaced the original wood benches and a picnic table has been added. Outlets for devices have also been added around the Cupola.

The mini-park now receives WIFI access that covers the whole park thanks to a grant from the PLA and Microsoft in 2020. 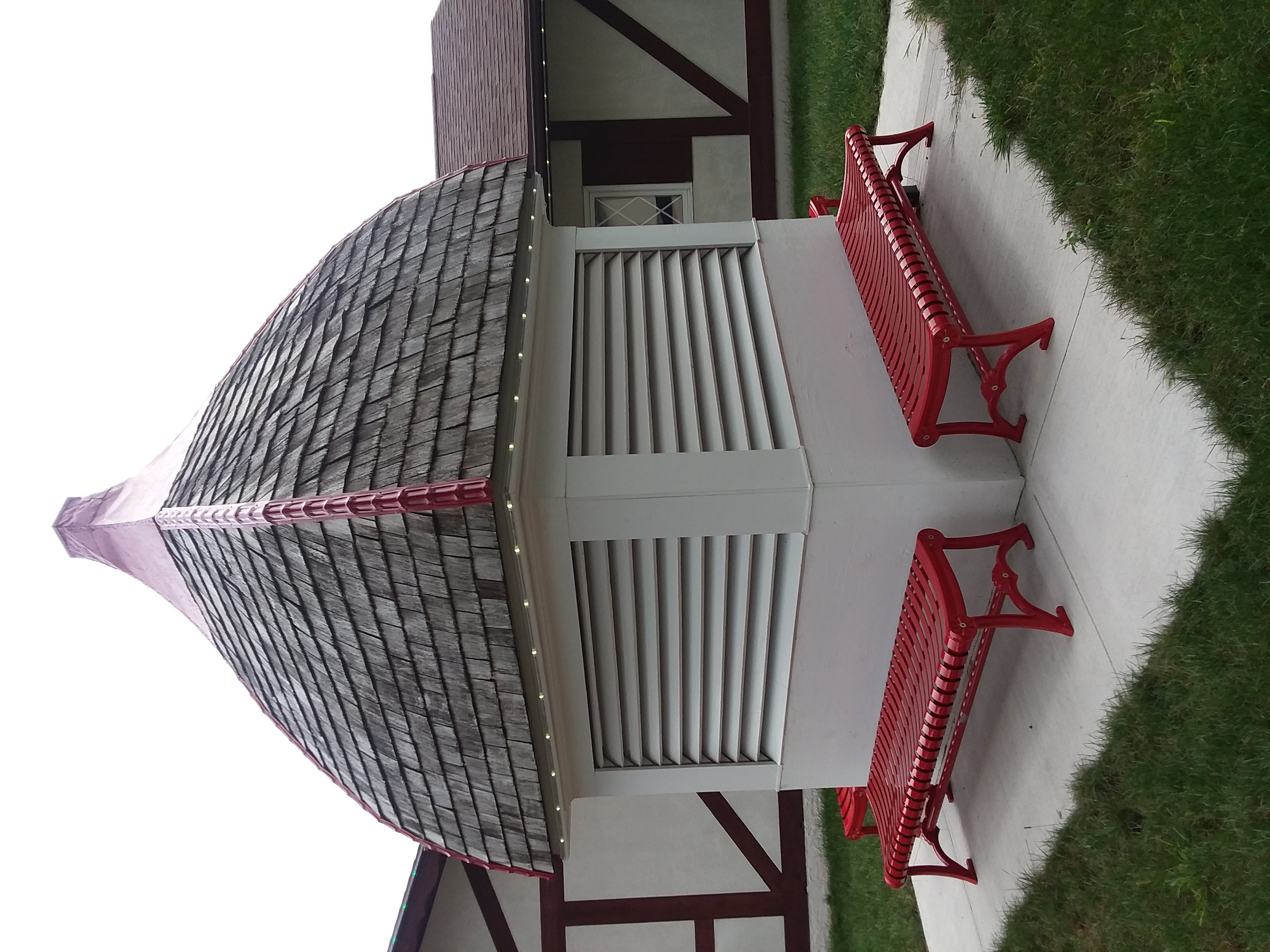 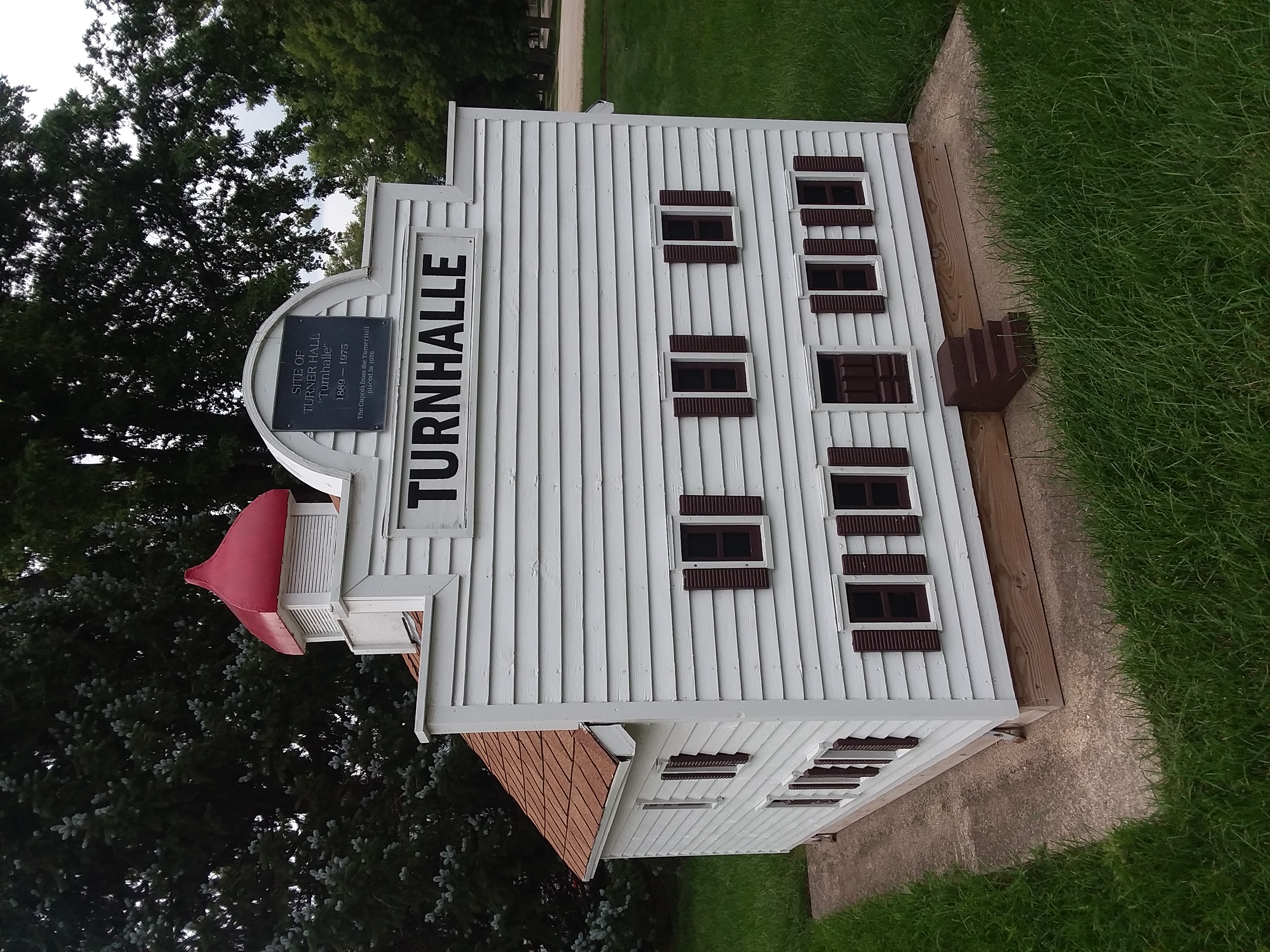